How to read electronic color codes written on resistors 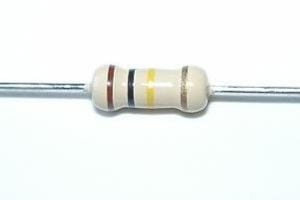 The electronic code is employed to point the values or ratings of electronic elements, like resistors, capacitors, inductors, telecommunications cables et al..The electronic color code was developed in the early 1920s by the Radio Manufacturers Association (now part of Electronic Industries Alliance (EIA)), and was published as EIA-RS-279. The current international standard is IEC 60062 published by International Electrotechnical Commission. Color bands can be easily and economically printed on tiny components. But, color bands also have drawbacks as overheating or dirt accumulation, may make it impossible to distinguish brown from red or orange and for blind people color bands have no use. Recent development in printing technology has made possible printing numbers on small components. Here, we will be discussing mainly resistor color code. To distinguish left from right there is a gap between the C and D bands.

For example, a resistor with bands of red, orange, blue, and gold has first digit 2(red) second d 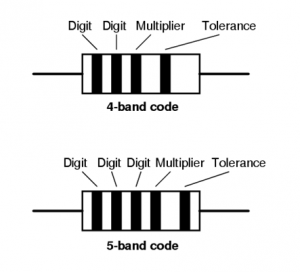 e. there may be an error of ±5% in the value of resistance. For military use special registers are made which may also include a fif

th band which indicates the reliability of the component or its failure rate. For further details refer to MIL-HD

BK-199. Precision resistors may have three bands for significant figures instead of two, or an additional band indicating temperature coefficient. The standard color code per EN 60062:2005 is as follows: The colors brown, red, green, blue, and violet are used as tolerance codes on 5-band resistors only. All 5-band resistors use a colored tolerance band. The blank (20%) “band” is only used with the “4-band” code (3 colored bands + a blank “band”). 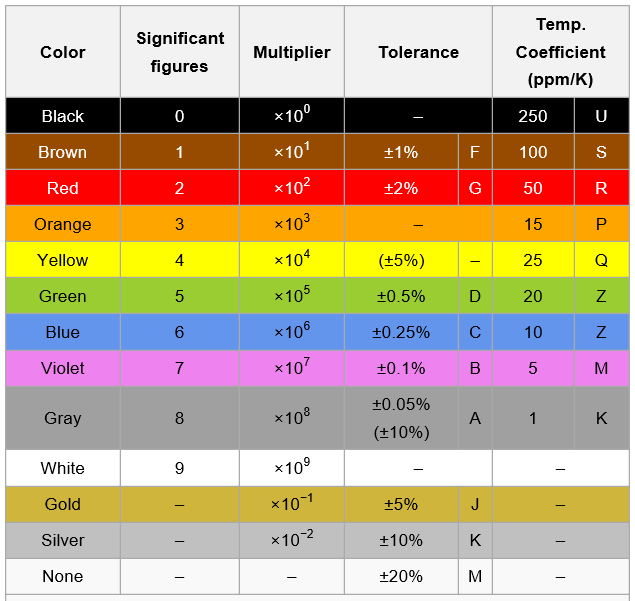